London-based mining company Gemfields has formed a long-term partnership with Mozambique’s Luwire Wildlife Conservancy to preserve Luwire’s biodiversity and assist its local communities. Gemfields and Luwire share common interests in the pristine — and ruby-rich — wilderness of northern Mozambique, just this side of the border from Tanzania. 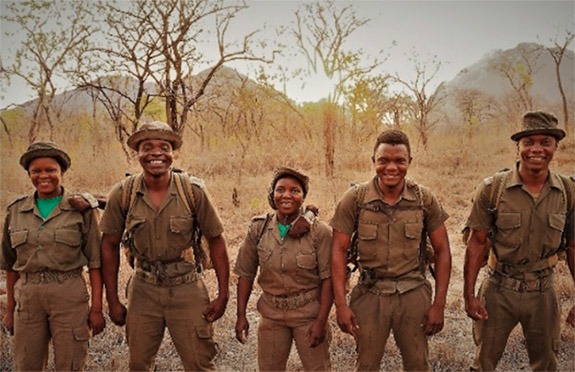 The Luwire Wildife Conservancy is headquartered within Mozambique’s Niassa Special Reserve, a huge swath of territory, about the size of Massachusetts. It is one of Africa’s largest private conservation concessions and is considered a globally important carbon sink. The Special Reserve protects the highest concentration of game in Mozambique, including the country’s largest and most viable elephant population. 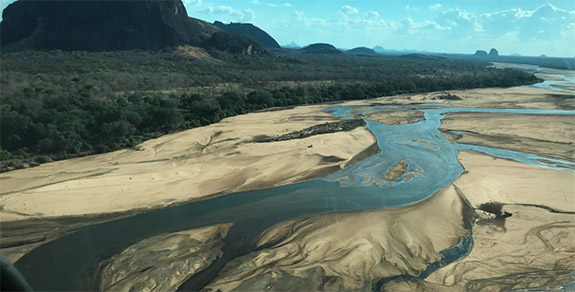 The rich territory is also home to Gemfields’ Montepuez mine, one of the most significant ruby deposits in the world. Gemfields acquired 75% of the Montepuez mine in 2011, a move that complemented its purchase of Zambia’s Kagem emerald mine in 2008. Kagem is billed as the world’s largest and most productive emerald mine.

The success of both operations has paved the way for Africa to become the world’s largest exporter of emeralds and rubies.

Gemfields is committed to furthering transparency, legitimacy and integrity in the colored gemstone business and believes that colored gemstones should create a positive impact for the countries and communities from which they originate.

“Gemfields has, for more than a decade, walked a trail promoting greater transparency in the mining and selling of Africa’s colored gemstone resources,” said Gemfields CEO Sean Gilbertson. “Today, more emerald- and ruby-derived value than ever accrues to our host countries in Mozambique and Zambia. We see an undeniable connection between Africa’s minerals and biodiversity and the interconnecting relationship with local communities. We are delighted to partner with Luwire to really deliver change on the ground in Mozambique.”

During its time in Africa, Gemfields has established a track record for improving the healthcare, education, agriculture and standards of living for the communities around its mines, while supporting conservation efforts to protect Africa’s wildlife and biodiversity.

“Gemfields joins an impressive list of global partners that have recognized the value of Luwire as a global natural asset and the critical role that local communities play in preserving that asset,” commented Paul Buckley, Chairman of Luwire. “Gemfields’ initial focus shall be on a number of Luwire’s nature-based businesses. These businesses are critical for sustainably empowering local communities.”