Here’s How a 28.86-Carat Diamond Made History and Changed the Market

The 28.86-carat D-color diamond that is slated to headline an online auction in June has been named by Christie’s as one of the “10 Jewels That Made History — and Changed the Market.” 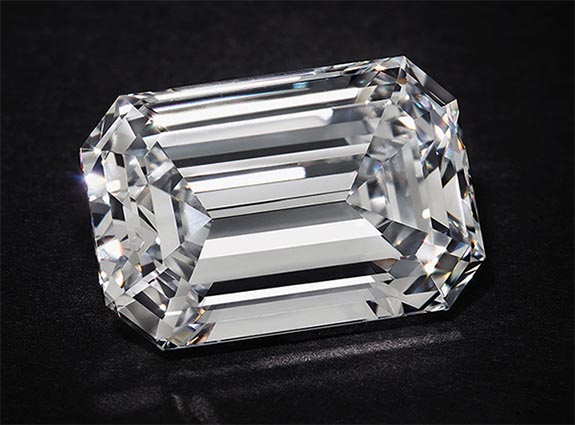 The emerald-cut gem, which is estimated to fetch between $1 million and $2 million at Christie’s Jewels Online sale, June 16-30, joined the likes of the $58 million Oppenheimer Blue diamond, the impossibly rare Hancock Red diamond and the world’s most famous natural pearl, La Peregrina, in a feature article published last week at Christies.com.

While the 28.86-carat online offering doesn’t carry the gravitas of the other gems spotlighted by Christie’s, it is very significant in other ways. It is not only the first gem to be offered online with an expected sale price of at least $1 million, but it is also the highest-valued lot ever offered for sale online at Christie’s.

The value of the gem signals a move by the famed auction house to move higher-ticket items to the online sales platform.

“This year has presented unprecedented circumstances, enabling Christie’s new opportunities through our enhanced digital platform,” said Rahul Kadakia, International Head of Jewelry at Christie’s. “Year-over-year, we have seen an increase in online participation and the value threshold for transacting online. Recognizing greater client confidence, we are proud to announce the highest valued lot ever to be offered for sale in our June 2020 Jewels Online auction.”

The D-color diamond boasts a Type IIa purity grading, a designation earned by fewer than 2% of all gem diamonds. Type IIa diamonds have exceptional optical transparency and are the most chemically pure variety of diamonds. They contain no measurable trace of other elements, such as nitrogen, which could alter the color.

The Oppenheimer Blue diamond made Christie’s list because it is the most expensive diamond in auction history. It sold for $57.97 million at Christie’s Magnificent Jewels auction in Geneva in May of 2016.

The Hancock Red diamond turned heads when it became the top lot at Christie’s New York in April of 1987. Weighing just under 1 carat, the fancy-color purple-red diamond was described as “so rare that experienced diamond dealers would consider themselves extremely lucky to handle more than three in the course of a lifetime.” It sold for $880,000 and was, at the time, the most expensive per-carat gemstone ever sold at auction.

With a 500-year history that linked royals, empresses and Hollywood stars, the perfectly pear-shaped La Peregrina natural pearl sold at Christie’s New York in 2011 for $11.84 million. It was discovered off the coast of Panama in 1576 and soon became part of the Spanish Crown Jewels. In 1969, actor Richard Burton purchased the gem at auction for his wife, Elizabeth Taylor, on the actress’s 37th birthday.