Philly Woman Reunited With Cherished Rings, Thanks to the Power of Social Media

After finding a diamond engagement ring and wedding band on the sidewalk in Philadelphia’s Center City, Ian Buchannon was able to locate the rightful owner in a matter of minutes — thanks to the power of social media. 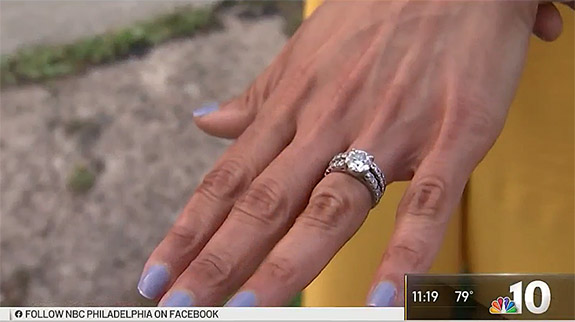 Buchannon happened upon the rings at Spruce and 16th after fumbling his pen. He bent over to pick it up, and the rings were right next to the curb. At first, he thought they were plastic, possibly toy jewelry. Then he realized they were very real. 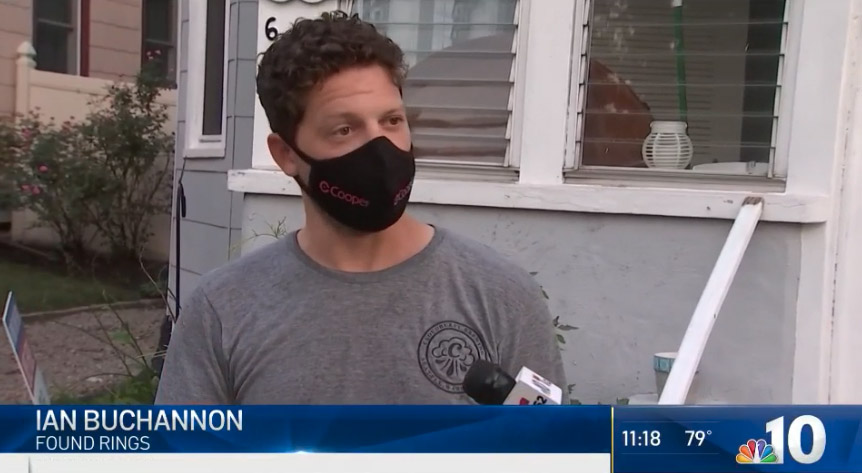 “The closer I looked, I could see engraving on the bottom with the wedding date on there,” Buchannon told NBC10.

Buchannon turned to a Philadelphia community Facebook page, where he posted a message about his discovery and a plea for the owner to come forward to claim the rings.

He wrote, “Engagement ring and wedding band found next to curb around 16th and and Spruce. If you have lost or know someone who has, please message me and include an accurate description of the rings (size, color, stone type/number of stones, description of engravings, etc.) and contact info. Hoping to find the owner.”

Within minutes, the posting found its way to Reetika Kumar, who had been at an appointment at 16th and and Spruce and took the rings off to sanitize her hands. She had parked at the curb and believes she dropped the rings while entering the vehicle. She was already accepting the grim reality that her rings were gone forever. 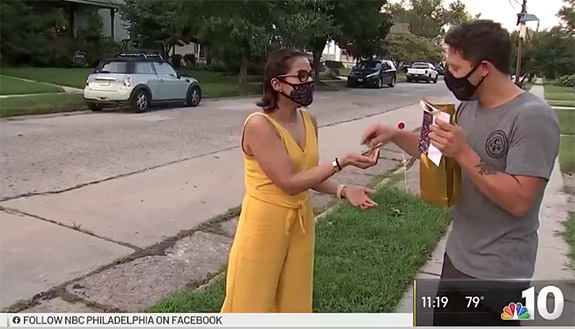 NBC10 captured the moment when Kumar met with Buchannon to claim her rings.

“I wish we weren’t social distancing and I would hug you,” she said to Buchannon as she presented him with a card and a gift bag. “You definitely restored my faith in humanity.”

Kumar told the NBC10 reporter that she was “really, really excited.”

“You can replace an object, but you can’t replace what they meant to me,” she said. “So, I’m just glad to have them back.”

The return of her rings couldn’t have come at a better time. She and her husband are celebrating their 10th wedding anniversary.

Buchannon explained why it was so important to find the rightful owner.

“Just do something nice for somebody, you know,” he said. “I know everybody’s struggling during these times, but everybody’s got to stick together.”